We design for a better world. We participate in projects that disrupt markets, provide a leap in human experience and move towards a more sustainable existence on this planet. 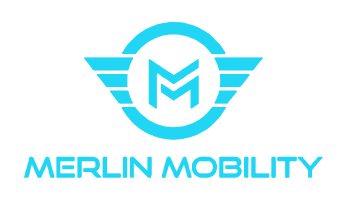 The future is diverse, unified, and as our civilisation evolves into Type 1 (planetary), we will create one global tribe. We are making sure this future is comfortable and a home for everyone.

We are intersectional by design in our backgrounds, identities and skill sets. Our team is based in 10+ countries and 90% of our management team are women.

Over 14 years of in-house, agency, incubator and business operator experience bringing new brands, businesses, and products to market. Passion for solving business and creative challenges regardless of nature.

An empathic senior (UX) Product Designer with 10+ years experience, with a thing for data-visualisation and SaaS products and a huge drive to design the future.

Andreea is a connector. Her work is rooted at the intersection of music and technology with a focus on empowering women through her role as the founder & CEO of shesaid.so, a social enterprise she founded in 2014. Aside from shesaid.so, she has spent the past 5 years working with creative agencies and global brands to develop digital-first content, technology products and strategic partnerships.

8+ years experience managing digital projects for global brands around the world including Universal Music, Lego, Marriott, Coca-Cola, Lenovo and O2. Driven by excellence and passionate about intelligent and creative technologies for life.

9+ years producing digital products, ensuring craft and function always come first. A strong believer in transparent communication and guiding the team to the right solutions with a strategic approach and collaboration.

A career producer with 10 years of experience focused in web, mobile & new technology. She has agency as well as brand experience and has spent time at places like Publicis, McCann, Conde Nast, Spotify, The New York Times and worked with clients like Samsung, Verizon, Microsoft and more. She spends her non-work time touring with her own band as well as with Okay Kaya and Helado Negro.

Poet, engineer, and entrepreneur with 10+ years in startups and nonprofits. Whether rapping at the UN, scripting and voicing a video, or just writing crisp, lively copy — storytelling is my core.

Award-winning UX and creative director, exploiting the aesthetics and craft of technology to create experiences that are more dynamic, interactive, and conversational.

With over 10 years’ experience focusing on visual identity systems, creative strategy, digital design and publication design, Elliot has worked with studios and clients across North America, United Kingdom and Europe. Elliot also held the position of a BFA instructor at the School of Visual Arts.

Art Director & Graphic Designer with 12+ years in the design industry. Experienced in Visual Identity, Packaging, and Editorial Design with a background on Multimedia and Interaction Design. Also loves teaching.

Art Director, Graphic Designer and Teacher passionate about pushing design to the next level. With over 12 years of experience dedicated to building impactful brands from tech and architecture to fashion and food across the globe.

Co-founder and CTO of Bitnoise - a software company, raised with his brother, Adrian Roth. Together they delivered over 500 tech projects with success.

Co-founder and CEO of Bitnoise - a software company, raised with his brother, Łukasz Roth. Together they delivered over 500 tech projects with success

Business development specialist. I get a rush from spotting, growing and landing brand clients. The long hours, industries in flux and fickle trends keep me going. Over 10+ years of industry experience. The world belongs to the hustlers.

A wildcard designer with years of agency experience focusing on telling story with digital experience. Expertise in UX/UI, branding, and motion design.

Full-stack developer with 10+ years of experience who started his career as a designer. Specializing in web and mobile applications. Loves building products from scratch and the feeling of solving problems.

Developer with over 4 years building sleek & responsive end-products. When not coding can be found on a ski slope or the golf course.

A hybrid designer and developer with years of experience who stand at the intersection of design and engineering, uniting disciplines to facilitate and create thoughtful user experiences of digital products. Focusing on UX/UI, product design, animation and dev consultation.

Designer with skills across UX/UI design, Branding, Visual Design and Advertising. Committed to creating social and environmental impact through design.

It’s 2020. We are a remote-first organization and travel to facilitate in-person workshops and events.

We work together, across the planet.

Our team has an amazing work-life balance.

We have a 16h+ time zone coverage.

Hoo'-koo-e'-ko means roughly "this is us, people" in the language of the Hoo-Koo-E-Ko tribe that used to reside in the San Francisco Bay Area before settlers came. But that's not how it started for us... North of San Francisco our founder Matt Cyrankiewicz found himself hiking the mountains above the sequoia tree reserve of Muir Woods. What was meant to be a 2-hour stroll ended up a 5-hour quest. The sun set as he reached the summit midpoint. On return, as he roamed around the pitch-black woods seeking way back to his car, he stumbled across a trail of lights. To his delight, the path led him into a charity fundraiser right in the Muir Woods cathedral, where he was welcomed and drank wine with some Silicon Valley pioneers. An unforeseen prophecy was born. The path was called the Hoo Koo E Koo trail. A year later, when Matt was removed from the California company he had founded in a hostile take-over, Matt remembered his experience and founded HOO KOO E KOO as his own way back to the light. In a way, HOO KOO E KOO (this time the company) has become a trail to light for Matt and many others. We have built a global family of extremely talented creative problem-solvers. HOO KOO E KOO is a global tribe of exceptional humans and a new breed of an agency. A Post-Agency.